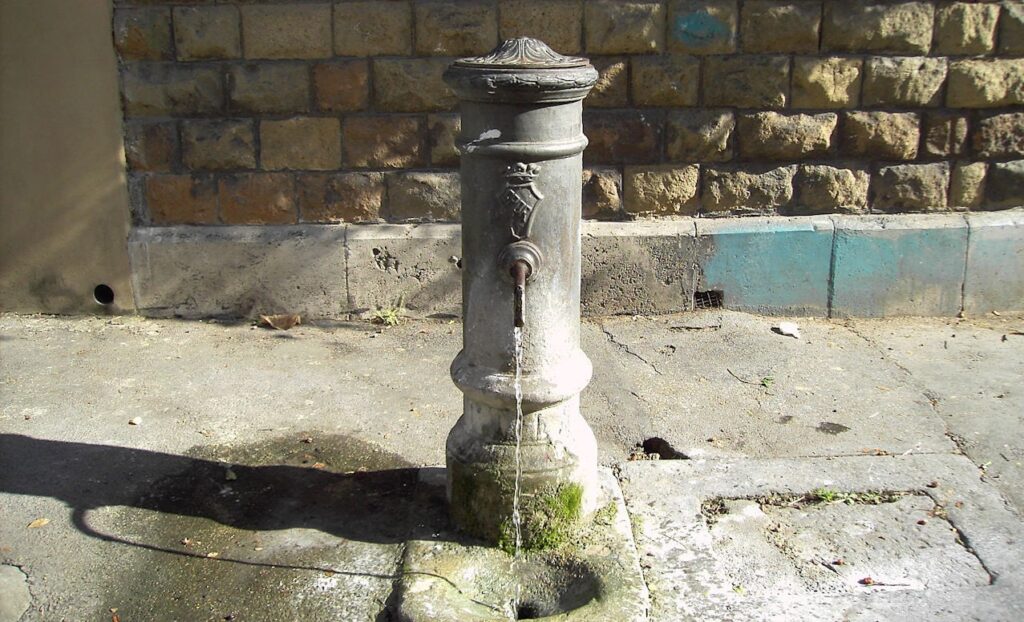 This type of fountain is made of cast iron and is about 1 meter and 20 centimeters high, it’s shaped like a column and at mid of the column itself, you can notice a sort of curved pipe which looks like a large nose, that’s the reason why in Rome these fountains are named “nasoni” (in English “large noses”).

In the middle of this sort of tap in fact, there is a little hole which is the part of where people can drink.

The system is very simple to understand, just put your finger at the bottom of the pipe where the fresh water is running, in order to make the water flow backward up, to be then spilled from this little hole with higher pressure.

Consequently, you can drink never touching with your lips or your mouth the tap, therefore we can state that this system is first of all very hygienic and, at the same time, the water which is running away helps the sewer system in making the waste water never stagnant.

The history of fountains

It is known that Rome has been very rich of water since the ancient time, in fact the aqueduct system was able to supply drinkable water all over in the city.

Since the 19th century Rome municipality has introduced fountains of drinkable water that they were present in each street and square, so they counted in the 1872 about 5.000 of them.

Nowadays the total number of these fountains it’s not anymore 5.000 as same as in the 1872, because they counted about 2.800 in the 2015 and moreover, due the big drought of the 2017, in order to avoid to waste water the local municipality took the decision to close many of these fountains,  since the level of Bracciano Lake had became too low.

Anyhow, after the drought period the local population claimed to reopen those fountains, because people in Rome are very affectionate to them and they did not like to live without it, considering them part of the environment.