The Mouth of the Truth 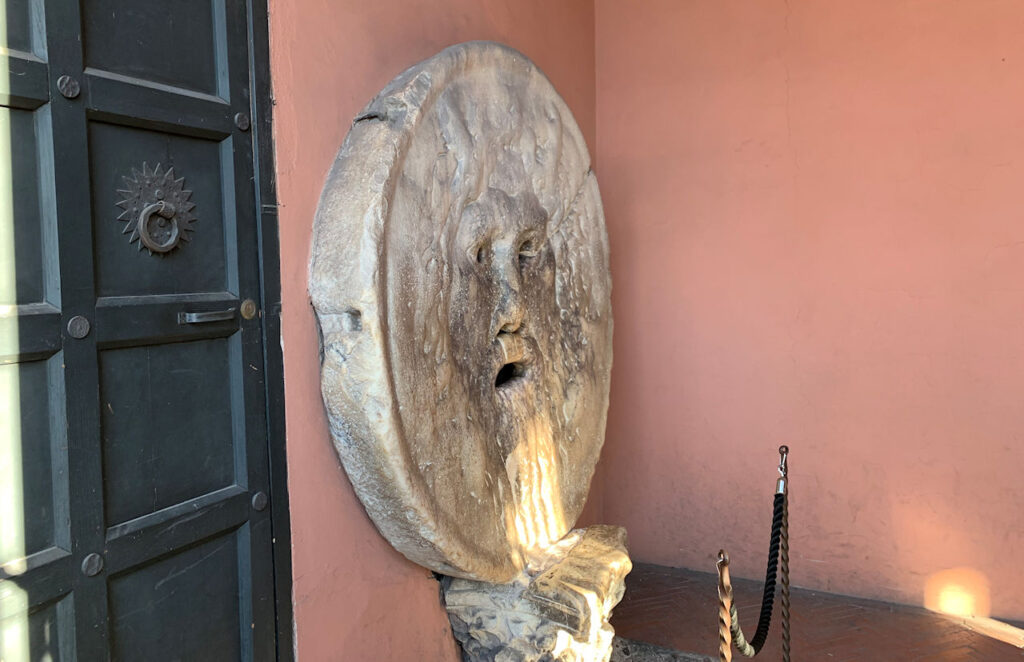 If you are touring in Rome and it happens to get by this site located in the porch of the St. Andrew in Cosmedin church, you should know that there’s a good reason why so many people are queuing in order to stick their hand into the big marble mask representing a pagan divinity.

In fact, there is a legend which became famous due the 1954’s film “Roman holidays”, whose main character were acted by Audrey Hepburn and Gregory Peck.

The history of the Mouth of the Truth

The Romans and tourists associated the property of decreeing the Truth with the medallion.

In particular, in ancient times, the stone was required to pronounce on marital infidelity, especially if a woman had made a mistake on her husband.

The wife was forced to put her hand in the slot of the round and to question the stone about her marriage fidelity.

The Mouth of Truth, through a very banal “human” trick – one or more employees, in fact, hired by the patrician on duty, were positioned behind the marble slab – had the task of pricking his wife’s hand with a pin or scissors unfaithful (perhaps).

If this story is true or not who knows, let me know what you think about!